Without a Yesterday There is No Today and No Tomorrow 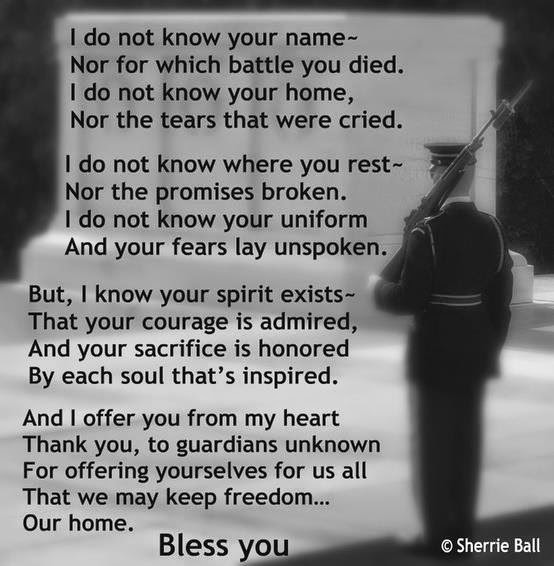 In school I dreaded history and geography classes. One teacher, affectionately known as "Turkey" made geography fun but my grades were a reflection of my limited comprehension. I passed but without a lot of pride in my C grade. It turns out that I am primarily a "hands-on" (kinesthetic) learner. When I left my hometown of Thunder Bay Ontario and started to physically explore the world and my country, I began to understand and retain the information. Suddenly I could identify more than just the homeland boot in Europe. "Turkey" would be so proud of me. I still want to do much more exploring of the European nation for there is so much I don't know still. And still hoping for my Norwegian cruise someday! ;)

Love of history came about in a very different way. There are way too many anniversaries of births and deaths that take up space in my memory that adding more numbers was not to be. And there didn't seem to be anyway that I could physically go back in time to learn my way. But all those deaths that I endured, gave me a faith in the spiritual being. That faith became curiosity and a desire to learn about time before there was me.

I didn't know my dad, I certainly don't remember my dad but I still felt his love. My dad died when I was 2 years old. I don't really know when I heard of the concept of re-incarnation but even before I knew what it was or meant I had a firm belief that the family dog, Scamp, was with us to protect us. I believed that their spirits were one - my dad and the mongrel we loved. Pretty radical thinking for a good little Catholic girl. I think my mother would have been tolerant but my grandparents would have flipped a gasket.

Beyond that, I truly believe that my father spoke to me (yes from beyond). I was about 7 years old. Too young and too sheltered to make this stuff up. I wrote about my some of my spiritual experiences in stories that I will link to at the end of this missive.

Understanding the significance of my early childhood unworldly experiences allowed me to accept the possibility for real, and allow the sensations to come forth. And that's how history became an important part of my life. 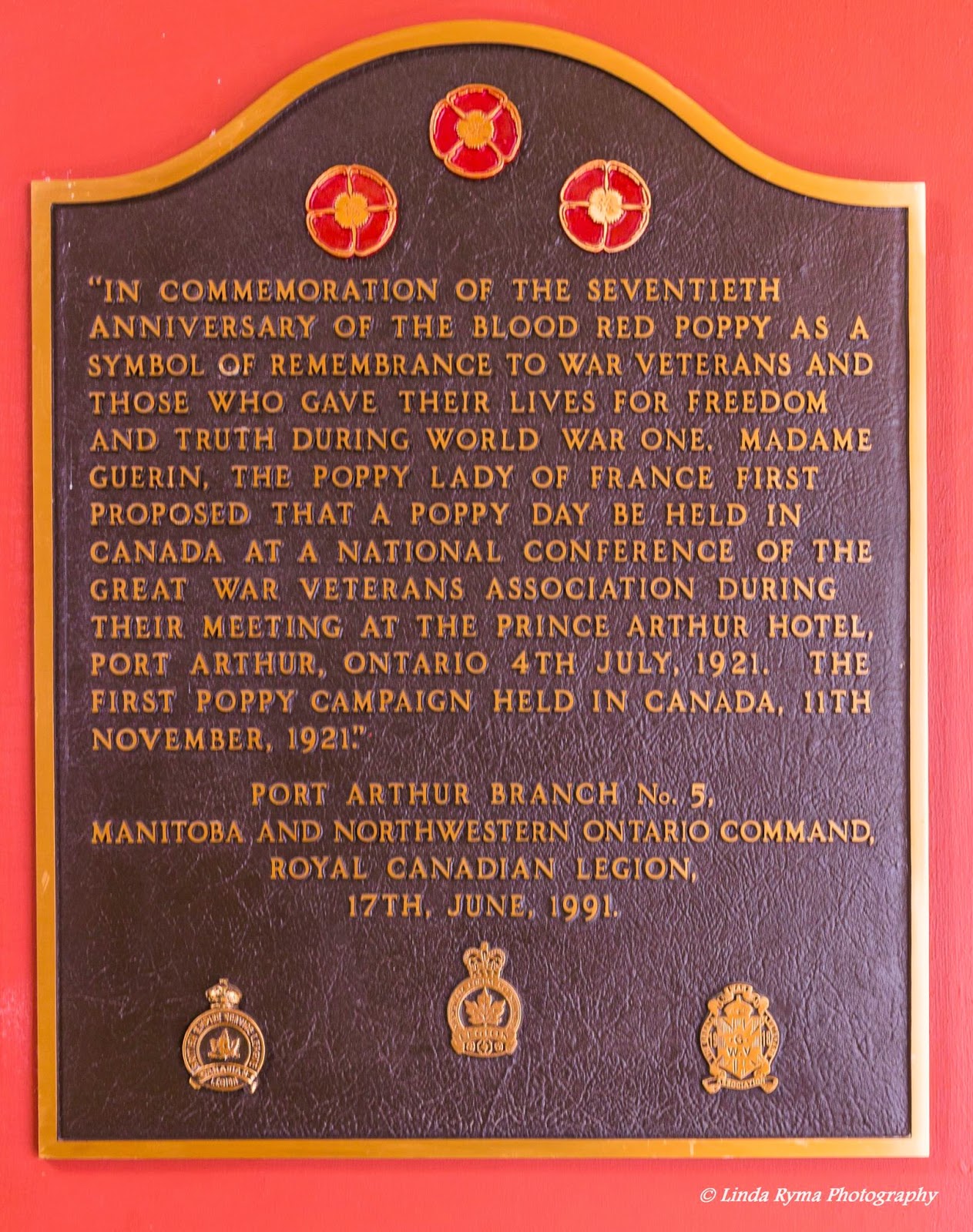 As a kid, Remembrance Day was a day that families of all denominations gathered at the cenotaph and watched the soldiers march. I didn't have relations that were part of the military in the wars. I stood solemnly because of the sacrifices that were made by others so that I could live free in Canada. It was important even if it didn't hit my own home.

My grandfather only shared two stories of the war. Both occurred when he lived in Italy as a young father. One was being forcibly taken from his home as his wife and young children looked on. I don't know why this happened or if he spent time as a soldier (beyond the mandatory 1 year service all Italian boys were forced to do - if that). The second story he shared was hearing a deafening noise and looking up to the sky to see it blackened with the shroud of hundreds of planes flying in formation. It was a frightening sight. I have never heard any other first hand accounts of war service beyond the anonymous veterans that used to come to school and talk to us.

At some point, attending Remembrance Day services at church or at the memorial became more than I could emotional handle. In fact, I was so overcome that I was physically removed from the midst of a service to seek comfort privately. Compassion, empathy or a feeling of spiritual connected-ness, I don't know. But something had stirred deep within my soul.

As I said, I didn't have a personal family connection to any of the wars we were supposed to learn about in school. There was no reason I should feel so deeply saddened. Yet I was.  I began to believe that maybe there was a connection - somewhere in history that I wasn't aware of. I'm still not. 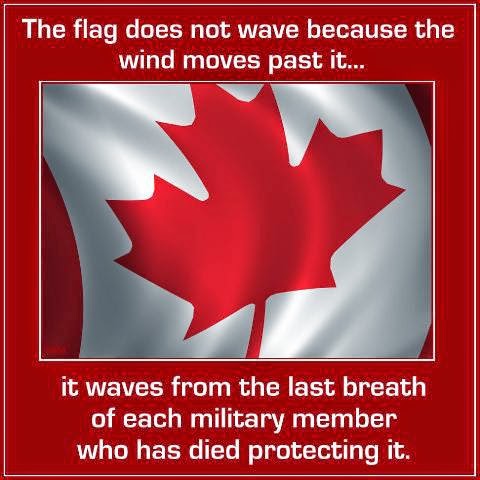 But I have developed an interest in history. You can go lie on a sandy southern beach...I want to explore the trenches of France and see Vimy Ridge for myself. I want to know where my parents parents met and what their life was like. I want to know about the prostitutes and innovators of years gone by. I want to see the primitive tools and more than anything I want to know the stories. Without a yesterday we have no today and no tomorrow.

A majority of Canadians once used to live in small communities with lifestyles, professions and ideals that are all but lost to most of us today. The migration to the big cities has carved the headstone for many rural communities. It's not unusual for a small outpost to be inhabited by primarily senior citizens - the younger people having moved on to find work in less traditional manners. 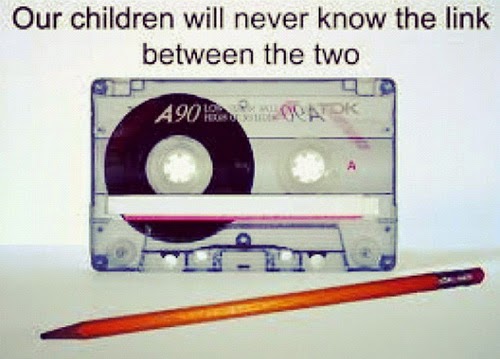 When the last of the residents passes on, who will be left to tell the stories of life.  We chuckle to ourselves when we see a post like the picture here online. But while that piece of history may be more pop culture than anything else, it is still important to remember the past. It was George Santayana that said "Those who cannot remember the past are condemned to repeat it." Sometimes I suppose, repetition can be a good thing. Do it again and again until we perfect it. But war is not one of those things. 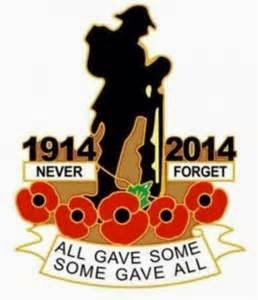 2014 marks the 100th anniversary of the start of the first world war. For Canadians, November the 11th is the day we collectively stop to remember. Today, at the 11th hour I will be standing with many others silently remembering. I'll hear the 21-gun salute and with every bullet I hear, I will remember the veteran saying "You want to hear the crack of the bullets flying over your head because when you don't, you're dead"

There are many national and international projects on the go that are intent on remember those that sacrificed for our democracy. I encourage you to look some of them up. Maybe you can help.

1. A FACE FOR EVERY NAME. Bringing life in stories and pictures to every name on the stark white headstones in the graves of the fallen.

2. THE MEMORY PROJECT. Ensuring that the fallen are never forgotten and keeping their memories alive.

3. Support your veterans. Buy a poppy, say a prayer, say Thank you. With the passing of time, there are very few surviving WWI veterans left. Sadly, every day we are forced to inscribe the name of another soldier killed for his country.

Links to posts mentioned above
Something Tells Me You Are Here with Me :)
Part 1