The summer of 2015 will go down as the summer of movers and shakers. For me at least, because it seems that every other person I talk to is planning a move and before they go there is a lot of shaking going on! To be honest the shaking is probably the dust flying around upon being disturbed after so many years. I know you can all relate! :) 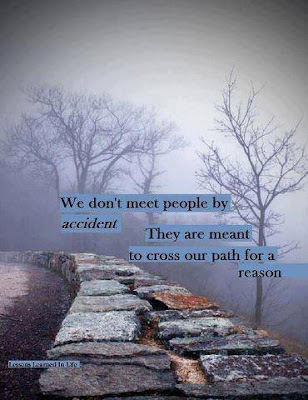 I moved two years ago now and always said I would write about the disaster that was that move, if only to warn people. It has been locked up (where it will continue to stay) until I feel strong enough to revisit that stressful period in my life.


But once the moving part was settled, it was the best thing I could have done for myself - and yes, it was totally selfish. From that move came an awesome circle of friends and supporters that just seems to grow. Some say it is the nature of the east coast. Some say it's not a reality at all. I think maybe it might be the sea air and salt water! Really, I don't know because all of the good people don't have maritime blood in their veins but they do have hearts of gold.

Before I got here, one had left to go back to her home town of Boston and one had left my life but not my heart. Others I knew from years ago I have been able to reconnect with. And in this wonderful city I found other kindred spirits. One I said "farewell" to just last week.

When I tell people she is moving to Siberia, nobody believes me. They make jokes like "nobody willingly goes to Siberia, they get sent there for punishment - what did she do wrong?" All I know is that she is following her love there and it is a question of work options and experience. The only thing that most people know about Siberia is that it is cold and big. I think that there are some people that think that is an accurate description of Canada as well. But first hand knowledge has taught me different - maybe her experiences there will teach me a little something about Siberia too.

Before she left we got in as much friend time as we could and we made some fabulous memories and she left me with a broader circle of friends that I can also call my own.

Her father and sister came to help her with this massive transition and to spend some extra time with her as well. Her father is European and spoke of when he made the move across the ocean to Canada and it got me to thinking about possessions. When the early immigrants crossed the Atlantic to land on the shores of this "new" country they barely had the clothes on their backs and maybe one suitcase. Everything was left behind but the basics and few mementos. It doesn't seem that there was the attachment to stuff that we have now. But is that a bad thing?

One day, the time comes for all (or most) of us to move. Even if it is just the transition from our childhood home to our own place, we have to pull our "stuff" out from the nooks and crannies where we stored it and box it up. We look at each piece and go through a gamut of emotions. A fond memory or a question of our sanity. We all have those things hidden away that we look at and go "what was I thinking when I decided to keep that". And then pretending to throw it out we toss it slyly into the box of treasures hoping that no one noticed.

Unless you have done it yourself recently, you have no idea how much stuff can accumulate under our noses without our really paying much attention. The number of calculators, pens and tape dispensers that I came across when I packed is a classic example of how we consume and collect. You can't find tape, you buy a new one. Calculator doesn't work you buy a new one and forget to toss the broken one. It's not until you are forced to box up your life that you can take a good look at your life collection a piece at a time. Then you look back in wonder at how it all fit in that tiny space. 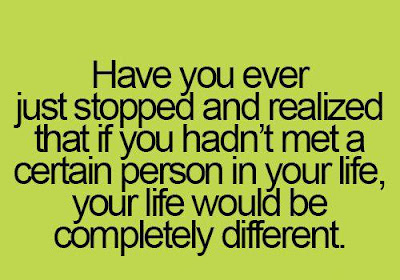 We are afraid to let go of friends, family, love and even stuff. The stuff is a tangible reminder of our life. When we move, we are leaving the familiar and comfortable. Our things are our safety link, they represent our sense of purpose and belonging. Our security blanket shrouding the unknown.

It is exciting to move but it is also terrifying. New adventures and experiences lie ahead but our physical memories are left behind. The bite marks in the venetian blinds that we made as children only fit the window of my childhood home. Never again will I sit with my daughter under the tree we planted in her childhood home to commemorate her birth. Never again will I look fondly at the spot where my brother stood the last time he visited me before he died. 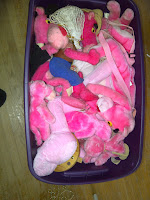 This is were cameras can play a crucial role. Sometimes taking a picture helps us to let go of stuff - although admittedly it is not always easy. I have tried to capture in still or moving pictures a record of the homes I have lived in. Caring for the collection of stuffed animals that my children amassed got to be too much (so we took pictures to serve as memory placeholders) and gave them away. And no I am not talking about Pink Panthers :)

Just for the record 4 large bins and 3 boxes of them and some left in storage. Don't judge me! lol!

As for the others that are moving. I have come to the decision that the home that I made for my children is being sold as the good memories have left the physical structure and remain with me and them. I am proud of what we accomplished in that modest home and if I could pick it up and move it far away from the pain that is there now I would. It's not the house, it's not the neighbours - it's the part of my life that was destroyed by those that remain nameless at my workplace.

A family member sold their home after years of saying they would, they finally took the plunge. I wonder if they will be judged as I was for having stuff? And although I haven't seen the new home it is my understanding that this move means some serious downsizing!

The mother of a friend is doing exactly what I did in reverse several years ago. She is leaving her family here and heading west. She'll be missed. She was a friend to me as well.

Adding to the chaos and upheaval, the Siberia-bound friend is also selling her own childhood home with some family members. More nooks and crannies to peer into and memories to treasure. Another family will move in and find love in those walls.

One child moved to a new place a couple of months ago and the other child is soon moving to a new place. Ironically, neither moving too far from their previous address but a life change none-the-less. I wish for them that the year of Champagne Wishes carries on for a lifetime!

As fall approaches I am sure that the upheaval will settle along with the dust and life will go on with some of us having a different view of the world. Good luck to all those in transition.

Posted by Unknown at 5:01 pm No comments: