Blood pumping in 4/4 time at the Carleton in Halifax

Without Those Songs by The Script
https://www.youtube.com/watch?v=D4NJpSfVcsU

I moved to the east coast in September of 2013. I knew nobody in the city and nobody knew me. That first month was tough but that's fodder for another story, by the time October hit I was ready to follow the mantra "Sea Scene and Be Seen". I wandered and explored and while listening to the waves crashing along the shore I read a wee story that changed my life. Halifax Pop Explosion was gonna be hitting the local stages. 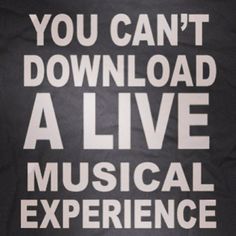 It just so happened that a little piece of what I left behind in Ontario was coming to save my musical soul in the form of the Devin Cuddy Band. I was beside myself with excitement and bought a ticket before I could consider the fear. It was not only going to be my first attendance at a music festival but also the first time I attended a show at the Carleton Music Bar and Grill. Truth be told, I was a novice at the whole going to a bar alone scene.

That night was magical. PEI balladeer Al Tuck was the opening act. Jane's Party (which included some of the members of the Devin Cuddy Band) followed before the main stage presentation of the headlining band. I sat front and centre-stage, entranced and enthralled. I didn't feel like I was alone, but with friends. It helps that I am friendly with the band members of course :) 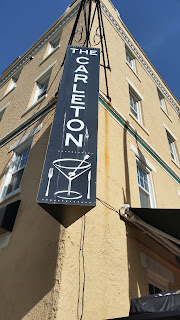 I felt comfortable and welcomed. The atmosphere at the Carleton was typical bar except the people were there for the music and libations and not for the standard pick-ups - although it is certainly okay if that happens ;) During the artist performance a hush comes over the room, it's both requested and courteous, for everyone then gets a chance to hear and enjoy the music. Unless of course the music is of a style that the old windows threaten to rattle right out of their frames. Overall, I think the reverence gives the artist more of the ability to interact with the audience when they know that they have their attention and aren't competing with other conversations.

That is one of the main reasons that I like the Carleton so much as a musical venue. When I pay to see an artist live, I want to hear them also...and not the drama at the table behind me. Respect the artist. Listen to the music. 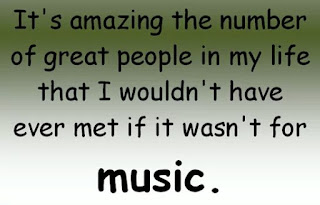 But there are other reasons I sing the praises of the Carleton. Things like Mike Campbell. Mike is the owner of the Carleton and he has the same taste in music as I have. Bonus! Mike is not a typical bar/restaurant owner, he was a former VJ (like a disc jockey for videos), and became well connected with many musicians. You might say music is in his blood too! I respect the fact that Mike seems to genuinely care not only about promoting the local music scene, and up and coming artists but also Canadian musicians from coast to coast. New artists or artists starting anew.

Finances are the only reason that I don't attend more shows at the Carleton - or anywhere else for that matter. Although to be fair, for an intimate and interactive (sometimes) show, the prices are quite reasonable. If I could, I know there is at least a show a week that I would like to go to.

This isn't just the Mike Campbell party however. The Carleton has a great team working the front line. Scott, Stephanie and John all help keep the place hopping in their own way. And the artists who play - they keep me coming back time and again.


But there is a crisis underfoot. As you and I struggle with the bottom line, so to does the Carleton. I won't get political and rant about how the current provincial government is driving away some of the desperately needed jobs in sectors like the film industry. I'll let you research that yourself if you are so inclined. The bigger problem for the Carleton is a project that may be a real boost to the bottom line...eventually.

The construction of the Nova Centre was begun in August 2012. It is a massive project blocking a large section of parking and accessibility to businesses in the immediate area. The Carleton is in that area. Many business are suffering due to the lack of foot and vehicle traffic and potential patrons fume over the lack of parking. Many merchants joined forces as part of the Pylon Club to try and encourage people to jump over the pylons in the construction zone and "Come On In". But the struggle continues for all the area businesses.

The Nova Centre (a world class convention and event centre) was slated for a completion date of November 2014 and occupancy beginning the following January (this month). But construction delays have pushed the dates forward a full year. Occupancy is now scheduled for January 2017. This translates to a huge financial hardship for the area businesses who may have made provisions for the closure but not the delays now forecast and not promised.

And that is why, the Carleton has begun a crowd-funding campaign to try and keep the doors open and the amps plugged in. If you know me, you know that I am not a fan of crowd funding as a rule but I found an exception to this one and have pledged my support. Because from the day I first stepped into the Carleton for that magical musical experience I have never looked back and have continuously sung the praises of this most wonderful jewel in the heart of Halifax. I hope that you can and will do the same.

Some of the performers I have been privileged to see at the Carleton.

If you believe in music...
If you want to support local musicians...
If you value a live entertainment experience... 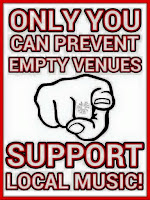 ...Consider supporting on-line to the Carleton campaign but above all do yourself a favour and stop in at the Carleton and say hi to Mike and the staff and show your support by taking in a show and maybe a beverage and/or a bite.

Then stroll around the downtown core. Look up at the majesty of the Nova Centre and it grows and visit some of the other shops in the area. The Biscuit General Store is a unique shopping experience well worth your time. Argyle Street Street in general is a great place for a quick pub crawl, from the Carleton to the Foggy Goggle, to Durty Nelly's, The The Argyle and Grill and The Bitter End. Awesome!

Posted by Unknown at 4:22 pm No comments: