Is it just me or does it seem that 2016 has been catastrophic in the music community. Especially in those first few months of the new year it seemed that our musical icons were dropping like the persistent snow. And it was rocking us to our core and chilling our bones.

David Bowie. Died at the age of 69, one week after the release of yet another album. His 27th studio album in a career that spanned 52 years. His first release was in 1964 under his real name of Davey Jones. 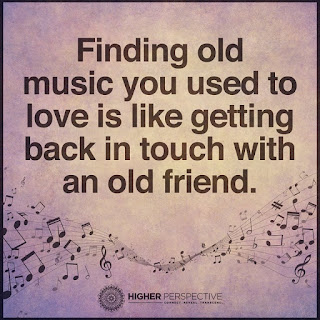 Therein followed (in no particular order) Maurice White of Earth, Wind and Fire at the age of 74.

George Martin, 90 was often referred to as the fifth Beatle due to his behind the scenes influence on the iconic pop quartet.

Frank Sinatra Jr kept his namesake and fathers musical legacy alive with his tour "Sinatra sings Sinatra" until he also died at the age of 72.

Conductor, arranger, producer and composer - the iconic Howard Cable passed at the age of 95 while preparing for his upcoming tour.

Glen Frey passed on from complications of several health issues when he was just 67 years old, leaving an impressive catalogue of songs he co-wrote with the members of the Eagles. His voice resonates on some of their biggest hits as well.

When a musician dies it always seems to hit us particularly hard. In part, many of these talented people were like our families, because we grew up with them. Many of them had significant impacts on our lives. Helping us get over hard times, celebrating happy times and remembering significant events in our lives. Like our first kiss ;)

For my generation, David Bowie allowed us to experience a different musical style with each passing decade and getting to love him all over again. Extraordinarily talented, from playing, composing, writing, singing, acting - he did it all with ease (it seemed). In his actions and characters he opened our eyes to the concept of androgyny that we came to accept, because it was okay for Ziggy Stardust. Dialogue commenced.

But there was only one musician that I knew personally and that was Howard Cable. He wasn't a part of my life for many years - that I knew of! I first saw him in action with the Nova Scotia Symphony in 2014 and there were several shows after the first. I was mesmerized. His companion was one of my best friends in high school and I was thrilled to know that Howard actually knew who I was. "Gigi from Thunder Bay".

With the enormous collection of musical works that Howard Cable composed and arranged, he was an influential music man in my life without my knowing it. The theme for Hockey Night in Canada that we considered our second National anthem was composed and arranged by Howard. The 10 Provinces March that is heard at the changing of the guard in our nations capital of Ottawa. All Howard. And I wonder how many pieces I learned to play on the piano that he had a hand in.

Just as the death of a musician or other prominent member of society has us mourning as one, it is sometimes easy to forget that even when someone without national or local recognition passes it is often much more than just the immediate family that mourns. It is the village that mourns. 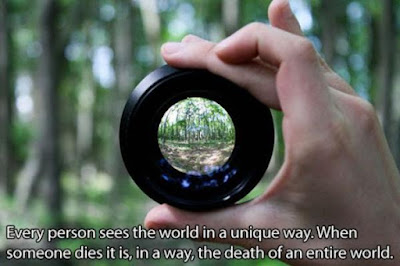 I have begun to understand this more and more as time passes and I have had the courage to speak publicly and openly about my own families tragic deaths.

I can't say that I knew Howard Cable all that well really, but I knew his companion. And when she shared that he had passed I felt the loss myself. The world was a little more empty. And I tried to imagine how it was for her. In a home that was once full of laughter, music, intelligent banter, a frenzy in preparing for another tour...suddenly silent.

In an adult body with a maturity that comes with age, normal grieving is quite foreign to me. I was so young when I suffered my losses that I wasn't much more than a child myself. It is near impossible to mourn my father who died when I was 2. I can only mourn the man I think he was. At 12, I stepped on my feelings and got angry. I was blessed that some people took the time to see the scared girl beneath the rebellion. At 22, I put on a brave face and fooled everyone but myself. I can't do that now and I'm allowing myself to feel hurt in real time. It sucks!

I am just now in the last few years learning how much on an impact that the losses that I suffered affected my community/village. No one asked my 10 and 13 years old sisters best friends how they were coping with the loss they felt. I am hearing about it now. And I am overwhelmed at how deeply affected some young people were and that they some how had to find their own way to cope. 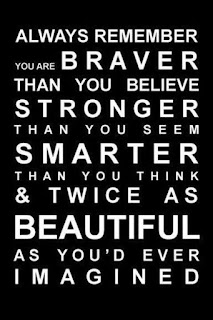 It wasn't easy to go to school one day making plans with your best friend and then overnight learning that it wasn't going to happen. Grade 5. It couldn't have been easy. How many of us still are in touch with our friends from grade 5? I know I am. The loss they suffered is not a memory that is likely to be lost. The last memory we have will be with us until there is a new memory of that person to take it's place. Even if we are 4 years old. Especially if they were an influential part of our life - or we perceived it that way.

What I am hearing about my own experiences is that in some cases, people felt like they lost more than one dear friend because more than half the family was decimated and they were familiar and friendly with either my siblings or the entire family. In one instant, the school communities lost 2 students, the church community lost 3 people. The neighbourhood, the community groups and organizations, extended family and of course family friends felt the loss. Many mourned in silence after the funerals. Now they sometimes share their feelings with me. I love hearing stories of remembrance about my Mom, Dad, sisters and brother. I absorb them as memories to cherish myself.

There is no question that "Life does go on". But these life events do have an impact on our views of the world. Of course very personally dependent as no one experiences the same event in the same way.

Age, relationship, personality, and even our gender can influence our retention and reaction. It's when we get a little older that we consider the fragility of the human race and take on some of the burden of mourning ourselves. Mourning for virtual strangers. Able to put a face to the loss with the help of technology. Which brings us to the crisis in our First Nations Communities.

It occurs to me that far beyond the community mourning of a friend or even neighbour there is emotional pain associated with news stories. If I thought I could help, I would be on my way to Attawapiskat right now! Living on a isolated First Nations reservation on the western edge of James Bay has led a disturbing amount of residents attempting to take their own lives. In this month alone, more than 11 people attempted suicide prompting the Chief and his council to declare a state of emergency.


Mental Health Crisis teams and social workers descended upon the area in short order but not all suicide attempts are the result of a mental illness. The lack of hope for the future and the mourning of friends and families that have been left behind are certainly issues that the teams could address. The pain that the community is feeling at the loss of so many young and old people by their own hand cannot be ignored.

We need to mourn with our village while we must, but at the same time try to stem the flow of human tears.

But this isn't just an Attawapiskat problem it is a First Nations problem. So it should be my problem, your problem and our governments problem.

Yes, Attawapiskat like many First Nations communities is isolated. The only road into the community is the ice road which is constructed seasonally. The cost of living is high and there is very little in the way of recreation for young people to do. In fact many teens are forced to leave home to attend High School in Timmins, Ontario - a 1 1/2 hour plane ride south. But living conditions could be improved without a doubt.

The number of communities without potable or running water is deplorable. There is one community in the prosperous province on Ontario that has been under a boil water advisory for the past 20 years. Think on that for a moment.

And while this nations leaders looked at the high cost of providing the most standard of living for the indigenous community, they didn't consider the high social, mental and health costs of their inaction. In fact, according to a report I heard on the radio, no less than 1500 projects designed to improve the living conditions on First Nations land with money that came from a Residential School lawsuit settlement was cut by the former government in power in 2014.

The very least we can do is restore that funding.

Not too long ago I was soundly thrashed by the online community on Facebook because I suggested that while it was admirable for a corporation like David's Tea to raise money and awareness about the lack of potable drinking water in Africa, some of that money would be well spent in our own country. "There is no need in such a wealthy nation as our own" was a mildly stated sentiment. But I alone couldn't stem the flow of ignorance. Some people don't want to hear or see beyond their personal bubble of opulence.

We need to help those in need in our own backyards before it reaches crisis proportions and not just when the alarm bells are sounded.

On a positive note, after a 17 year battle the Federal government of Canada has ruled that non-status Natives and Metis peoples will be considered "Indians" under the under the 1867 Constitutional Act. Affording them access to federal funding, services and other programs and benefits that can enhance their quality of life while validating their rights and history.