A Unique Puzzle Piece That Still Fits In

*Special author note: I have really struggled in trying to articulate my thoughts on this subject. Please don't judge me too harshly for I am admittedly still trying to understand and find my place and see how I fit in.

We all experience fear in some form or another. Fear of dying. Fear of spiders. Fear of heights. Fear of commitment. And to me one of the most paralyzing of fears - the fear of judgement. Nobody wants to be judged on things that cannot be changed or shouldn't be changed particularly if we want to preserve the integrity of self. Judgement is inherently negative because it is typically a comparison against ourselves. We certainly don't want to make ourselves look bad so we demean another to "raise" our profile. That is the problem with judgement.

Starting with our first breath the labeling process begins. Girl/boy. Quickly followed by a religious and cultural distinction, and the comments concerning our skin colour. And we will generally keep those labels all our life. It seems that the most defining labels are the ones that make us unique within our community. First and foremost for all seems to be the sexual orientation. However using myself as an example I am a white female - and you can't tell much more beyond that without speaking to me. Indeed, I present myself with the intention of celebrating my gender. But even that line has blurred somewhat particularly with the advent of jeans as popular clothing for both sexes.

If people wear specific items on their person do they want to be identified by that label? We often wear uniforms at work intentionally so that we can be quickly labelled as an employee. There are also uniforms for sports, hobbies, interests and groups. Wedding rings group us into very specific categories as well. If I wear a Nickelback t-shirt I am advertising myself as a fan of that band and I wear it proudly. That pride negates any negative comments that may be hurled my way.

So how about embracing our differences and being proud of them. Will that help people feel more included? You are a part of the whole because you are different but like a puzzle piece you still fit in.

We're All In This Together - Sam Roberts Band

In North America (I can only speak to what I know) we seem to want to make a distinction about people based on their skin colour. There is a notion that dark-skinned people are a minority and therefore are treated as less equal. No doubt of this figuring prominently in the past of the whole of the Americas and persisting in some forms to this day. I wonder if in a country that is predominately black skinned whether the tables are turned on the fairer skinned? But I digress, the point is that I'm not so sure that making a distinction is abnormal behaviour. Labels aren't the problem...negative judgement is, perpetuating the stereo-types that are thrust upon us via the media and our social circles is a problem. And although colour is the primary focus here, negative judgement hits us all in some way. The weaker sex, the differently-abled, the blondes, the fat, the skinny, the Catholics, the Muslims. It doesn't end. No one is immune it seems. 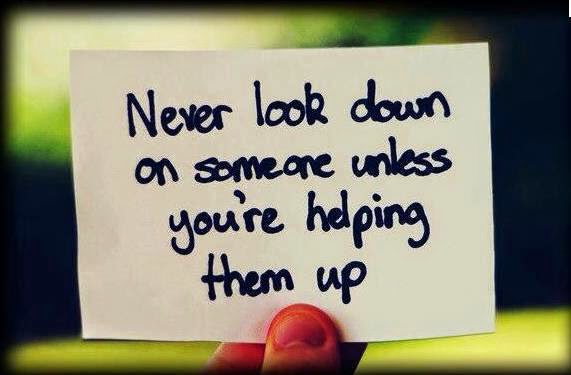 There is nothing wrong with identifying someone as a young, black female as long as we don't presume at the same time that said female is also an unwed mother with no clue who her baby daddy is. I guarantee that there is no shortage of young, white females in the exact same predicament. Does the same negative stereotype cloud your vision? That is what we have to change. And in my opinion a lot of that negativity comes from the media that manipulates much of what we see and hear about the world outside our own neighbourhood.

When a child or dementia patient goes missing I think that skin colour can help in the locating of an individual. In the same way that clothing, hair colour and size is a useful tool so would knowing if the person wore a turban or relied on a scooter/wheelchair for transportation. The more details I have the better the chance I have of identifying that person and finding them. We have to stop believing the hype and stop spreading the negativity. We need to look at the reality. We need tolerance. We need acceptance. 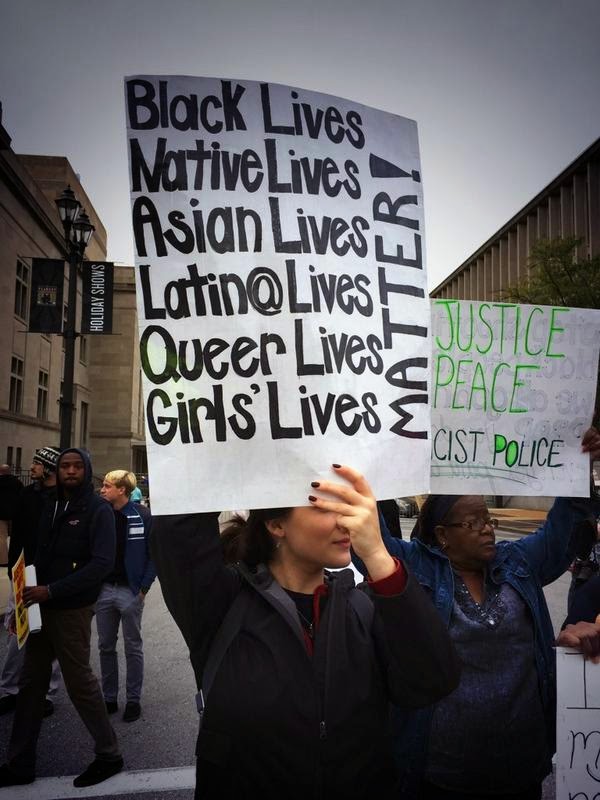 The Academy Awards were held the other night and although not much of a fan of awards show - boredom found me watching this one. I also like Neil Patrick Harris and was curious as to how he would handle his hosting role. Although John Travolta's bizarre behaviour continues to be the trending topic, I want to focus on NPH's comment early in the broadcast welcoming the audience to "Hollywood's best and whitest..I mean brightest." I don't know what the ratio is of black to white actors and personnel in the movie business but maybe that is the cause of the lack of colour. I personally think it has more to do with the black story, how about just a movie that happens to feature a diversity in casting. Not about slavery, not about oppression but about life, about success, about the human condition. And to tell these stories maybe we need to see more people of colour as producers. Couldn't hurt, for one white male who produces films retelling the black story, says that he tells the stories in a way that he thinks white audiences will want to hear/see them. That is not necessarily the reality of the story - but the commercially acceptable one. The money making story? That's not okay. 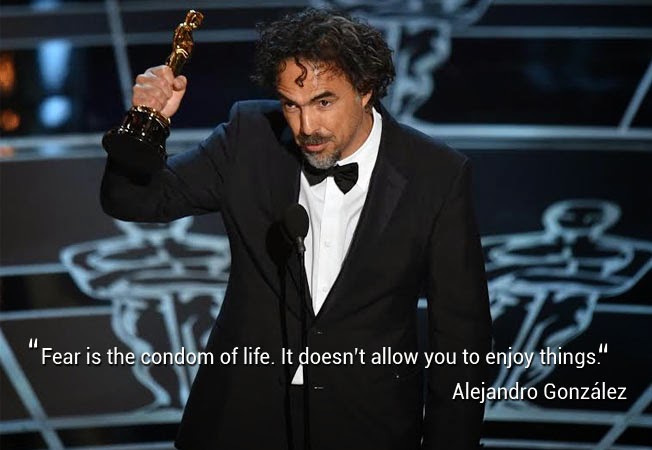 The fact of the matter is that only studio released movies are eligible for Oscar nominations and there are small fortunes spent by the moguls lobbying for votes for their interests to win. It doesn't make the winner the best movie/actor/actress but the team that is the richest and cagiest.

Just recently I heard a conversation whereby the speaker suggested that one way the colour barrier in the media could be changed would be to have a black man play the role of Superman. Nothing wrong with that really I suppose but I'm not sure that would solve anything. In terms of talent, there is no doubt that colour has no bearing on the ability to conquer a role but does that make it the right thing to do. My go to is - does it work both ways. Can a pale actor play Martin Luther King? Why would we want that? Why not be true to the character or person? There is a difference between black and white and it is something that should be embraced and not necessarily assimilated. Why not make a whole new story where the role could be played by the best actor not the best black or the best white actor. Or maybe we can stop putting so much credence on the Academy Awards as the be all end all source for what we think is good at the movies.

I would like to see equality in the media and I am seeing some change. Morgan Freeman successfully portrayed the traditional white figure of God in Bruce Almighty. On the other hand one of the screenwriters of the recently remade film Noah, said that an all white cast was used as a representation of mankind because having people of colour might be distracting to the audience and take away from the telling of the story. I am not thinking about the US fed television/movie fare but our own Canadian newscasts. When prominent names in the industry come to mind, I don't see their colour or even gender I hear their voice and their sincerity. It's a step in the right direction. 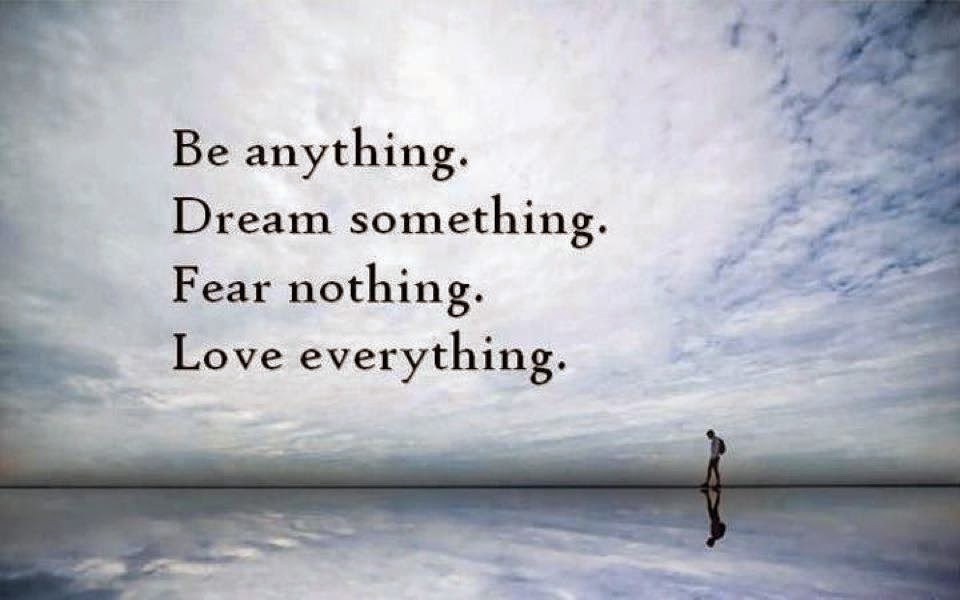 Posted by Unknown at 5:28 pm No comments: