Under the Dirt Sky

Wreck On The Highway - Bruce Springsteen

Recently the concept of justice and deservedness (is that even a word) seems to come up an awful lot in the course of casual conversation. If I wanted to fight for justice or what I deserved I would have to look back some 40 odd years or even more to bitch and complain about an injustice that is unparallelled and can never be corrected. The day my life as I knew it changed forever - the day my mother and sisters died. Today is the anniversary of that event, March 21st, 1974. 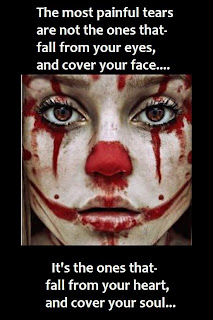 My dad dying was equally life-changing but not in a way that I can comprehend. I was way too young and although I understand that life would have been different with two parents in the house, I don't know what that means. It was even more so different for us because of the circumstances of my Dad's death. Trying to get justice and avenge his death meant that my Mother was embroiled in a lengthy and costly lawsuit that consumed much of her time and a lot of her mentally. As my Dad was laid to rest in Peace so too did my Mom want peace. But it was elusive and came at what ultimately was too high a cost. For years she fought the system. She fought and clawed her way to the Supreme Court of Canada. But she fought for nothing. She put her faith in the support system she had behind her. Her parents and worst of all the professionals. The lawyer - Alfred PETRONE and his antics worthy of a place in the Cartoon Hall of Fame (as opposed to the Halls of Justice) lost the law suit for my mother. In punishing the unprofessionalism of the lawyer, the judge in fact punished my family. A lifetime of struggles ensued, including financial hardships. I get it, the quest for justice consumes your life. I get it, I am there. I can't calculate the cost I have paid in physical property, and mental stability. And I have my mothers legacy to draw strength from. She didn't have that luxury. 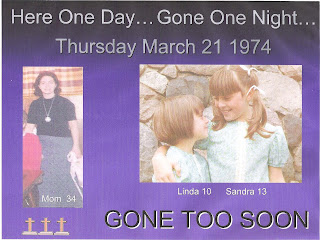 So, what if Dad was around - most assuredly, he would have been an emotional support to Mom and a financial one as well. I raised children as a single parent without financial or emotional support also and I know it isn't easy. But, Mom had a career that by all accounts should have afforded her a lifestyle of some comfort. She was an educated professional and graduate of North Bay Teachers College. To be fair, I don't know all the details of her employment. Was she working full time or part time? With the Catholic Board or the public Board? But I know they screwed her. This much I understand to be true. Mom was working and at some point requested a leave to return to university and obtain the now necessary Bachelors Degree to maintain her credentials. Many teachers at the time, continued working while taking a course or two during the school year and doing some upgrading during the summer. Whatever their reasoning, my Mom was denied this option. It is actually kind of scary thinking about that now since it is eerily one more parallel between my life and my Mothers. I once said in jest that I was living my Mothers' life. Then the validity of that statement hit me like a ton of bricks. But I digress, if Dad was with us, would we all have been in the car for that fateful trip? Would the appointment have been kept via a quick plane ride? How many different scenarios would have kept us off that highway that fateful night.

But, it is what it is and an accident did happen and my life was turned upside down. Perhaps there was some justice in the courts in this instance. The driver of the truck was found responsible - or so I understand (I have never read the verdict from the courts). But I still don't know why. Was he drunk? High? Asleep? What is the justification for his actions? He left behind a young family and a wife - do they have a sense of guilt for his actions? They were victims of his actions as well. I was 12 years old and to be honest I didn't care at the time and put it out of my mind. Like a fact of history that you can't do anything about and eventually you simply let it go. I can sympathise with his family as much as I can sympathise with the families of those left behind in the aftermath of 9-11.  I could allow hatred or anger towards him consume by life but to what purpose? Would it change anything now? If we can time travel - I'm in, if only to stop whatever action he took that caused the accident. Until then, he is nothing to me. It's survival really. Put your energy into the fight you can win, the fight you have a hope of affecting some change. Otherwise, anger consumes you and you lose.

I lost a lot of years of my life being consumed by anger. But it wasn't so much anger about the accident - which I couldn't control but the circumstances of my life because of the accident. Suddenly I was being molded to be someone I wasn't and overnight I became a person who wasn't good enough. That perception came from my grandmother. I felt loved and valued just as I was when my Mom walked this earth with me. It felt like everyone who thought I was okay, everyone who loved me for who and what I was walked out of my life and went to live under the dirt sky. And that sucked. It took me approximately 8 years to re-claim my life and learn that I was indeed okay. I didn't forgive my grandparents their discretions, so much as, with the wisdom of age I began to understand their motivations. All of which were twisted, selfish or simply them feeling superior to everyone else and therefore above reproach and unnecessary for them to heed the knowledge of others. That is an unforgivable offence. From them, all I can honestly say I learned is that people are not as they seem. That all sounds very harsh, but it is not random. My grandmother (like many of her Italian culture and age) favoured the male species. I was a girl who had a brother. A brother made more special in her eyes because he was sick. Double whammy for both he and I. My grandmother disliked my father and his side of the family long before my parents got married. I was a product of that union - so not as worthy from the start. I was scarred and therefore difficult to marry off to a suitable mate. Fortunately I had some very good role models who helped me to see that her thinking was warped and I was okay (or would be, once I was released from her clutches). I left a house I half owned and went on to make mistakes trying to find myself, the me that I could like. 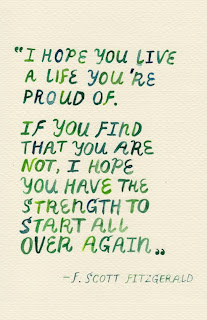 It wasn't easy, because while I jumped over some potholes, I fell into others. A little worse for wear, I did become a little gun-shy. Meanwhile, I was gratefully re-establishing a relationship with my brother. Growing up under the rule of Nonna (Italian for grandmother), our sibling rivalry bordered on disgust. My brother received everything his heart desired before he even knew he wanted it. I fought for everything, including believe it or not, the basic necessity for a young girl - sanitary protection. I resorted to lying and stealing. I had as much disgust for myself as my brother had for me. That changed when I moved out and maturity let him see the reality and reasons for my struggles and the battles I caused. I am forever grateful for those short 4 years that allowed us to learn to love each other again. I forget the words that were spoken, the sound of his voice - but I will never forget the feeling. Because my heart holds the memories. Bottom line - after facing a lifetime of adversity and the death of my brother - I at the age of 22 re-invented myself. I left behind everyone and everything that I felt was toxic and holding me back. I stopped letting the anger consume me and decided to make the best of whatever time I had on this planet. I knew all too well that the rug could be pulled from under you without a moments notice. I ended a bad relationship, tried to remedy some bad financial decisions - new place to live, new job, new life. It worked and became a pattern I would follow several more times since then. The next time was to let go of a bad relationship that left me destitute and running off halfway across the country to start anew.


10 years have passed and I am at it again. I will never under the motivations of the Dufferin-Peel Catholic District School Board and their employees which drove me to the point of preferring death over survival under their terms. I will never forgive them their transgressions. I hope that with time I will let it go and forget them. Put them out of my mind - for most assuredly I know that they don't deserve my time or consideration. I could stay and fight for justice but it is not an easy thing to do on your own. You don't know what you have when you have family that you can count on for emotional support in times of joy and sadness. Treasure them.


But have I deserved the hand I have been dealt? Is Karma sitting at my back door waiting to bite me in the ass again for some wrong I did? What did I do at the age of two to piss Karma off so badly that I have been punished my entire life by having those I love the most leave me? It is said that the good die young - at my age I am continuing to live on - despite the repeated attempts to change this scenario. So I deserve the pain that is forcing me to leave and re-invent myself once again? Or am I left here to walk this earth for a purpose that I don't fully understand yet. It has also been said that God never gives you more than you can handle - apparently God thinks I am a linebacker with enormous shoulders to carry this weight. Deep in the heart and soul that I have dissected and scrutinised repeatedly, I know that I am not a person deserving of pain and heartache but someone who learns from the experience and helps others with the knowledge gained. That is what I will continue to do from whatever location I shall find myself in. Justice can be meted out by a court that is much higher and powerful than myself. I have peace in my heart and knowledge that I am okay. 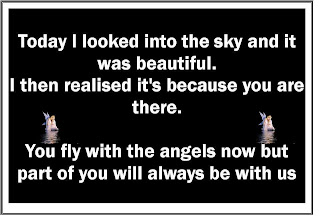 Posted by Unknown at 2:16 pm No comments: