Most of you will not understand the words or the meaning behind this song. Hint: it's in Italian. :)

But even those who do understand the lyrics and be able to sing along as well may not get why I chose to use this song for this particular post.

Well, the Italian heritage is a good part of it but more importantly for me it is the symbol of a happy and simple time in my life where there was beauty and laughter. This is one of the songs that sparked my life long love affair with traditional Italian folk songs.

Not all rainbows and sunshine. For the one thing that was missing, was Dad (Dante). The wearer of the traditional Alpini hat and singer in the drunken choir at family gatherings.

My mother took on the role of teaching us the language, traditions and songs of Dad's family. For although Mom was also Italian, she was from a different region. She embraced the family heritage and immersed us into it with family, friends and celebrations that made us feel a normal part of our world, despite Dad was not with us.

And that was my life. Two sisters (Sandra and Linda), a brother (Ron), a dog (Scamp) and a Mom (Livia) who was the glue that held us together. But it wasn't meant to stay that way. I wish I had known.

There was a lot I didn't know.

1) The struggles Mom and Dad endured just to be together - their union was not approved by Mom's mother. They persisted and eloped on January 9th 1960.

2) I didn't know that Nonna (Italian grandmother, Mom's mom) blamed Dad for killing her son. Dad died on February 17th 1964, in a horrific car/train accident that also claimed the life of his brother-in-law. He left behind a wife with 4 children ranging in age from 3 years to one month old.

3) I didn't know that the lawsuit that ensued lasted for 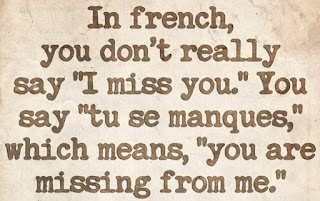 5 gruelling years and ended in a loss because of an incompetent lawyer.

4) In 1969 as the last of the trial appeals were being exhausted and Mom tried to return to her profession as a teacher but was denied a position as the rules had changed and she now needed a university degree to go with her Teachers College certification.

5) We were not well off financially and required assistance at times. I never questioned why sometimes our food came in boxes instead of grocery bags and included toys.

6) I remember the day after Christmas 1972 when Mom discovered a lump on Ron's neck. Chaos ensued, there were a lot of hospital trips and suddenly Mom wasn't around much anymore. She was with her only son, enduring surgeries, treatments, diagnosis and endless sleepless nights dealing with the new reality in our life. Ron had Hodgkins Disease. Without cancer in the name, it was like the flu that he would get better. We never saw him at his worse. His treatment were in Rochester Minnesota at the Mayo Clinic. We were left behind and in the dark. We wouldn't have understood. We were kids too.

7) When Mom left to go to the Mayo Clinic without Ron we didn't know that it was a nervous breakdown - maybe more? 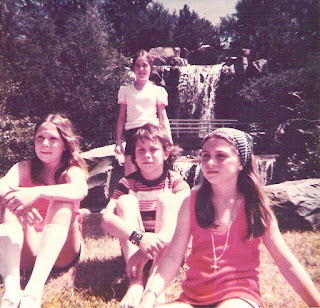 But what I did know is that we were loved and we were valued. We could walk out of the house any day with our heads held high. Proud of our family, heritage and the Dad we didn't know.

If the days weren't sunny, Mom turned on the light with her brightest and biggest smile and we knew it was going to be okay. Her laughter made the worst days seem a little less so.

Like when I cut my foot and required stitches and she arranged a surprise party for me. Just family singing and laughing. When she got angry and chased us around the house with the wooden spoon until we were in a heap laughing.

She hit a deer once on her way to Rochester for her own appointment and when she told us about it on the phone, she was laughing. I was so mad at her then but now I remember that laughter as a symbol of her character. She was okay. It could have been worse.

It was March break, there was some snow on the ground. Ron had an appointment in Rochester. Mom turned it into a family trip. We left Thunder Bay late. We stopped for supper at Perkins in Duluth. We called Nonna to tell her where we were.

In the blink of an eye, the sky darkened like a solar eclipse that wouldn't quit. Mom was 34, Sandra was 13, Linda was 10. They would be no more.

A truck driver (for unknown - to me - reasons) hit us from behind as we travelled down the interstate. The crash was spectacular and continued as we were pushed down the road for 250 feet before becoming airborne for an additional 80 feet and finally plunging 13 feet, taking a 180 turn to land on the roof of the car. The transport truck finally dislodged when we became airborne and landed on the other side of the divided highway.

Seconds really. And then, Linda is crying and pleading for help. Mom tries to console and says "Don't breath". Sandra is silent. That is all.

A tugging on the sock of my foot. I crawl in that direction, leaving the inferno that had me mesmerised. My brother. A vision, standing there with one sock in his hand. We climb the embankment and watch the flames, not completely aware of what we are seeing. We speak. Maybe we don't. We rise to go back to get others. We are stopped and made to go into the police car.

Racing to the hospital, we pray. Our prayers are not fulfilled. 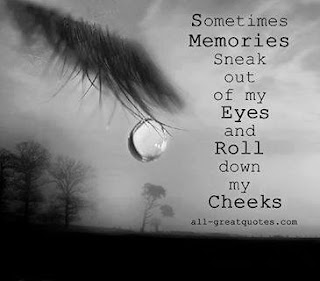 In the hospital being treated for the injuries I suffered, I answered the question "Why". Mom died, because Dad wanted her to be with him. They loved each other so much and worked so hard to be together. Sandra died, because - well, you know how parents are with first-borns. Dad knew Sandra best and missed her. Linda died because she was only 1 month old when Dad died and he wanted to get to know her.

That was my Mom's attitude coming through. Could be worse. I told myself, at least I had my brother. I wasn't alone.

It took a long time to accept my new life, my fate. A lot of years wasted on anger. A lot of time fighting back against the hurt. Knowing "Why" doesn't mitigate the pain. It just means that the demons you fight are within you, because you have no one to blame.

I thought I had it together but in reality I was punishing myself, denying myself a life I deserved.

It wasn't easy, because while I managed to jump over some potholes, I fell into others.

A little more broken and a lot more stubborn I crawled out again and again until finally an angel came into my life and made me realize that I am okay and I can make a difference. I can be proud of who I am again, I can be loved and I have love to give. And with that I found that my heart had love for another child. My blessings. 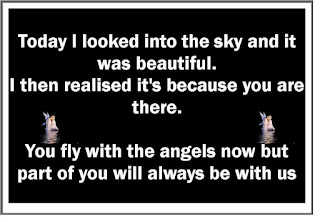 It's been easier since that time to see that the dark cloud above me had some very bright stars in it shining down on me. Including, my brother Ron's - who joined them in 1984. I get now that darkness is okay, because it lets us appreciate the light of day.

But a balance would be nice.

The power of positive thinking kicks in and I am reminded that the first day of spring, while a sad day for me, is a day when we will see longer days with more sunshine and less dark. I need to remember that. Still.

Time does not heal. It makes remembering easier...sometimes. On a day like today I let the tears flow. 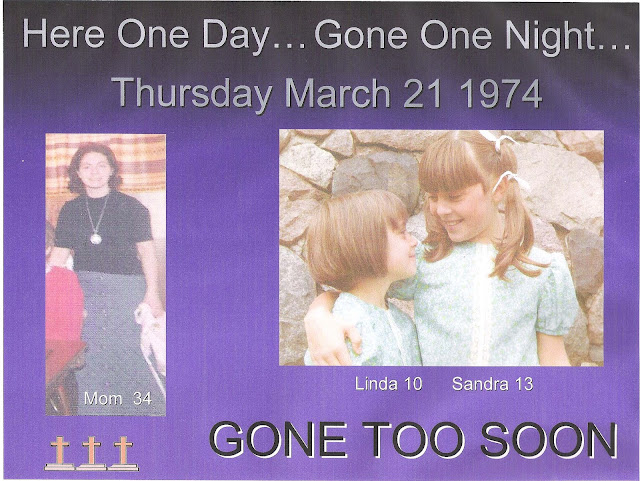 Posted by Unknown at 4:34 pm No comments: